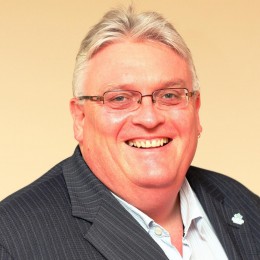 Oldham Liberal Democrats have discovered that the Labour Council leaders of the ten local authorities in Greater Manchester have made ‘a backroom deal’ with Labour Mayor Andy Burnham that only they will need to sign off on plans to build new homes and factories across the city region as proposed as part of the Greater Manchester Spatial Framework (GMSF).  Each of the 10 authorities need to agree to the plans but previously it was the councils (and all their councillors) that agreed such matters, this has now all changed.

Commenting the Leader of the Opposition and of the Liberal Democrat Group, Councillor Howard Sykes MBE, said: “Local Councillors and local residents deserve a say in how many homes are built, and where and when.  The Greater Manchester Spatial Framework, when it is finally approved, will be the plan to build homes across Greater Manchester for the next twenty years.   This is one of the most important decisions that will affect the lives of everyone living in Oldham Borough for the next two decades.  If we get it wrong, it will represent a disaster for our communities and for our Green Belt and green spaces.  Yet the ten Labour Council leaders are saying ‘leave it to us, we know what is best for you’.”

Councillor Sykes believes he knows why the agreement has been reached: “When Labour’s initial plans to build thousands of new homes on Green Belt land in Shaw, Crompton, Saddleworth, Royton and Chadderton were first unveiled, they were bitterly opposed by local Liberal Democrat Councillors in these areas and by many thousands of local residents.”

“Elsewhere in Greater Manchester, Liberal Democrat Councillors and residents’ groups have led the charge against these proposals.  Such was the strength of local feeling that there was a demonstration in Tandle Hill Country Park and residents from our Borough joined others from across Greater Manchester to protest in Albert Square outside Manchester Town Hall.”

“Public sentiment is the same across Greater Manchester – NO to building new homes on our green belt and YES to local Councillors and people playing their part in deciding where the new homes are built.  This agreement represents a backroom deal to make it easier for Labour to push through their plans and prevent opponents from being able to block unsuitable developments or safeguard the green belt.”

Councillor Sykes will be demanding answers: “I will be asking the Leader of Oldham Council to explain this decision and to find out whether he has any plans at all to allow local councillors to have a say on the proposed sites for development and I will let you know how he responds.  It is simply not right that such an important decision can be agreed by leaders and the Mayor rather than the 10 councils themselves.”

Published and promoted by Oldham Liberal Democrats, Booth House, Featherstall Road South, Oldham OL9 7TU. If you enter your details on this website, the Liberal Democrats, locally and nationally, may use information in it, including your political views, to further our objectives, share it with our elected representatives and/or contact you in future using any of the means provided. Some contacts may be automated. You may opt out of some or all contacts or exercise your other legal rights by contacting us. Further details are in our Privacy Policy at www.libdems.org.uk/privacy